In immediate proximity to the Classics Hotel Paris Bastille

5 minutes on foot from the hotel

Our reception team is at your disposal to answer any enquiries for tourist information, eating places and fairs.


Paris: steep yourself in authenticity!

At just one minute away from the Classics Hotel Paris Bastille, you can take advantage of metro line 9 (Charonne) and all the transport available at Place de la Nation (4 metro lines, RER A).

Bastille and Marais, an air of festivity

Against the beautiful Arsenal basin and pavilion with its must-see architecture, the Bastille is one of the best-known places from the French Revolution. Since then, although the protests have died down, the square ornamented with a column representing liberty has been home to an ultramodern opera house by Charles Ott. A little further on, in the evenings you will find several streets known for being the most festive in the capital (rue de la Roquette and rue de Lappe), offering you a full range of atmospheric bars and restaurants.

Pushing on a little towards the centre of Paris, you’ll move into the sumptuous Marais quarter. Its Place des Vosges is one of the most authentic and best preserved in Paris, and here you will find the most luxurious private houses in the capital (hôtel de Sully, the Dutch Ambassadors’ house, Nicolas Flamel’s house, and more). Visit the Marais art galleries that make this district one of Paris’s trendiest, and the wonderful Picasso Museum.

Out of the ordinary: the Père Lachaise cemetery

If you’re keen on history, legends and even a little esotericism, don’t miss the Père Lachaise cemetery in particular. This incredibly romantic place is above all witness to Paris’s entire history. From Chopin to La Fontaine, Molière to Éloïse and Abélard, the scandalous Allan Kardec to the celebrated Jim Morrison, don’t forget to wander through the alleyways of one of the most moving and unforgettable places in Paris.

We propose this link to organize your visit of the Pere Lachaise cemetery with a guide: http://visiteguideeperelachaise.jimdo.com/

The journey from metro line 9

Just a few minutes from the Classics Hotel Paris Bastille on metro line 9 and you will reach some of the liveliest spots in Paris. Around République, don’t miss the numerous well-known theatres offering plays, rock, jazz and comedy. Théâtre de la Bastille, Alhambra, Caveau, Bataclan and Comédie République await you with open arms. A bit further along the “grands boulevards” you’ll find a little something to quench your shopping thirst. Among the large Haussman shops (Printemps and Galeries Lafayettes), made famous by Zola in particular, there are beautiful malls (Havre, Verdeau and Jouffroy, etc.) and the gare Saint-Lazare, where you’ll find a plethora of shops for all tastes.

A little further still, and you’ll come upon the Trocadéro where you can admire the Eiffel Tower from the best viewpoint. You will also enjoy the Palais de Tokyo not far away, with its exhibitions that are occasionally surprising but always passionate about contemporary art. You will also be in proximity of the famous Champs-Élysées, the most beautiful avenue in the world that will amaze you with its bustle and high fashion showrooms.

The Classics Hotel Paris Bastille is in proximity to the capitals strategic points.

Using RER A (Nation, three minutes from the hotel by metro line 9), you can access the famous district of la Défense in less than 35 minutes. The biggest business quarter in Europe and bristling with skyscrapers the architecture that is at times somewhat audacious (First, Granite, D2 and Carpe Diem towers). It also has a huge shopping centre, les Quatre Temps, open every day with all the services you could need. On the way, at Auber, you will enter the central business district (around the gare Saint-Lazare).

In the other direction, towards the East, Marne-la-Vallée and its large university centre is less than 40 minutes away. You can also get to Disneyland Paris in less than three quarters of an hour to enjoy, if not its entertainment offering, then a vast choice of seminars and conferences.

The Bastille, on the Seine side

The walk starts in the famous place de la Bastille. In the center, the July Column proudly dominates from the top of its 50 meters. Built in 1835, it celebrates the Three Glorious Days, the three days of revolution that led to the fall of Charles X and the Restoration in July, 1830. At its head, the winged Spirit of Freedom, in gilded bronze, is ready to fly, just freed from the chains he still holds in his left hand.

Also on the place de la Bastille, the Opéra Bastille showcases its modern architecture (spectacular at night when its tiles light up). You can visit the building and take a look behind the scenes with a tour guide or unaccompanied.

As you come out of the Opéra, turn to the left and head down along port de l'Arsenal quay. Here, green spaces and barges await you. You can also take a river trip to the canal Saint-Martin and the Bassin de la Villette, passing through the vault of the Bastille, the underground network and various locks.

If you are continuing on foot, enjoy a stroll along voie Georges Pompidou and the waterfront as you admire the view over Île Saint-Louis. Get back onto quai Henri IV and continue along until you reach rue Agrippa d'Aubigne where you can visit the Pavillon de l'Arsenal, its building and its exhibitions. When you leave, take the boulevard Morland and the quai des Célestins, to rue des Nonnains-d'Hyères then rue de Fourcy, where the MEP is located (Maison européenne de la photographie). The pedestrian lanes around rue Charlemagne will lead you to the parish of Saint-Paul Saint-Louis.

Take rue Saint-Antoine on your right as you leave the church then rue de Birague to bring you onto place des Vosges. On your right, Victor Hugo's house can be visited. You can walk under the arcades that frame the square and explore the art galleries, pretty shops and cafes that are housed there.

Your walk begins in the iconic place de la Bastille. In its center, the July Column and its Spirit of Freedom celebrates the freedom gained by the revolutionaries in July, 1830. The Spirit is a bronze statue, a male allegory ready to fly, torch in one hand and the remains of his chains in the other. Also on place de la Bastille, Opéra Bastille, opened in 1989, features modern architecture designed by the architect Carlos Ott. The building and behind the scenes can be visited with tour guides or unaccompanied.

As you come out of the Opéra, head to the right and take the rue de la Roquette - very lively, just like its perpendicular streets - which is home to many cafes and restaurants, and with the characteristic architecture of the old Parisian suburbs. At the junction with rue Keller, turn right onto avenue Ledru-Rollin just after rue de Charonne. Once you reach faubourg Saint-Antoine, turn left, pass by the Alexandre Trousseau square, and then turn right onto rue de Cotte which will take you to place Aligre and its famous market. This covered market, built in the 18th century, is well worth a look for those who love architecture.

Next, head to the viaduc des Arts located between numbers 1 and 129 of avenue Daumesnil by taking rue Baudelaire, near place d'Aligre. This is an unusual place built on an old railway path and where you'll find lots of artisan-design shops. Its tree-lined promenade marks the beginning of the René Dumont green corridor, a 3-mile long walk above street level. At the tree-lined promenade near rue de Picpus, you can head back down to join place de la Nation and walk north to the Père Lachaise cemetery from boulevard de Charonne. As the largest cemetery in central Paris, it is home to the graves of many celebrities. 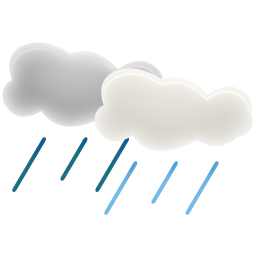